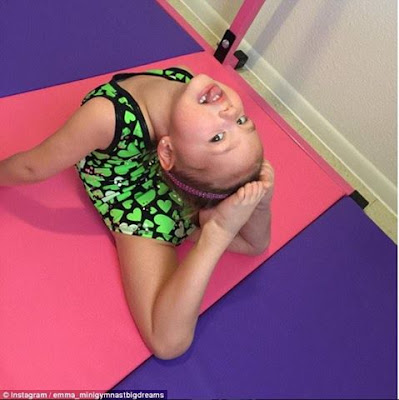 A three-year-old baby girl has become a social media sensation after her impressive gymnastics moves have won the hearts of thousands. Emma Rester from Texas, USA, has been doing gymnastics since she was two-and-a-half after her mother thought the sport might help her with her clumsiness.
The little girl also revealed that her hero is American gymnast Gabby Douglas, who is the reigning Olympic champion for the all-around event, saying: ‘I like her leotard, and she won a gold medal at the Olympics.’ When asked if she is ever afraid of falling, the little girl responded: ‘No, because then we get back up.’ 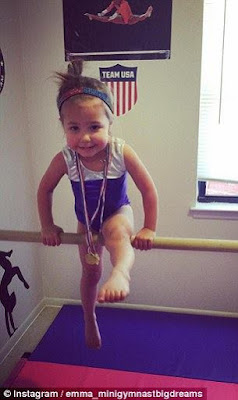 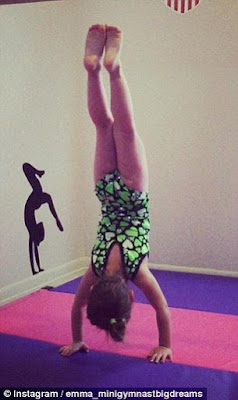 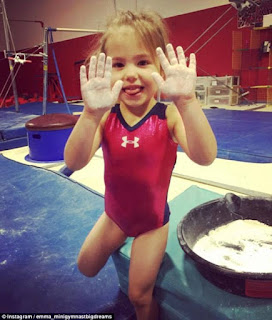