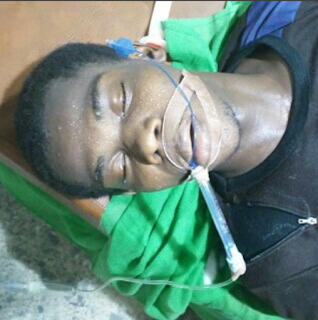 A 300 level student of the University of Lagos (UNILAG), Eniola Jacobs, died today, after drinking the insecticide called sniper, yesterday afternoon…The student of Microbiology almost battled for his life at the Lagos University Teaching Hospital (LUTH) before passing away. Some sources say he committed suicide out of depression, while others claim he was forced to drink it by some cultists.

The school management has vowed to investigate the death of Eniola, who was also hospitalized recently.

“The Kidnapped Lagos Schoolchildren Were Hidden In The Creeks In Epe Area”..

Family 'Kicked Off' A Plane For Bringing On A Birthday Cake. Photos