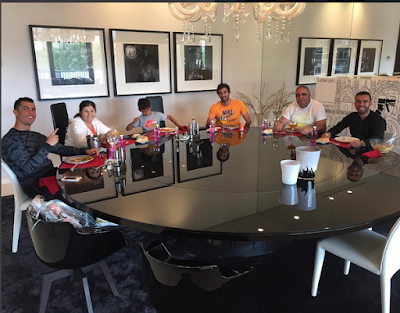 Cristiano Ronaldo is in high spirits after netting his 37th Real Madrid hat-trick helped them reach the semi-finals of the Champions League. Real Madrid overturned a 2-0 first-leg deficit to beat Wolfsburg 3-2 on Tuesday. The prolific star is pictured above with his mother, son and other family members at his residence. 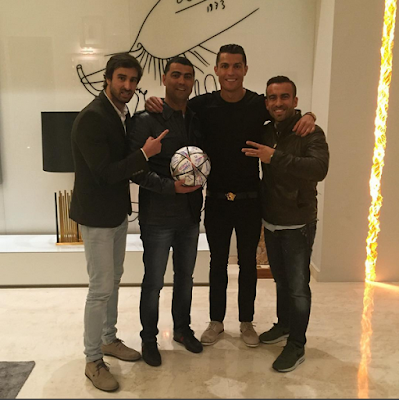 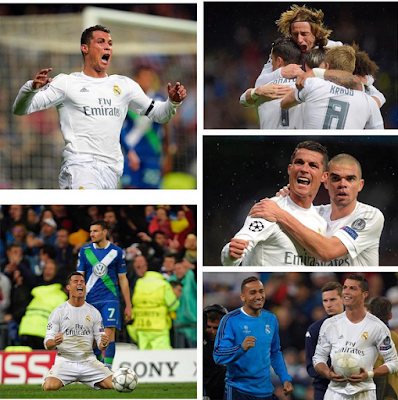 He scored twice in three minutes early on to cancel out Wolfsburg’s advantage, sweeping home at the back post from six yards before glancing a header into the far corner. He completed his hat-trick and sealed Real’s place in the last four with a 25-yard free-kick 13 minutes from time at the Bernabeu Stadium. 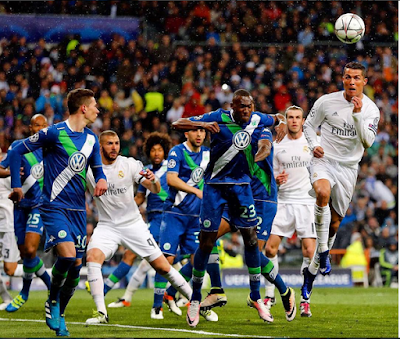