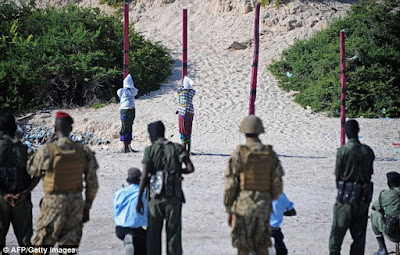 Two al-Shabaab members have been executed by firing squad today for the murder of a journalist killed by a car bomb last year in Somalia. Abdirisak Mohamed Barow et Hassan Nur Ali, who admitted being al-Shabaab members during their trial, were tied to posts and shot dead in Mogadishu. 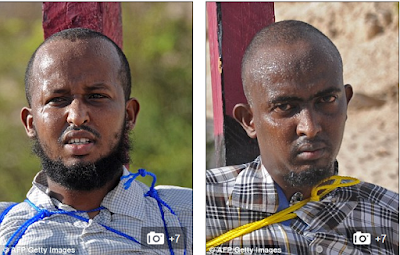 ‘Both of them were found guilty of murdering journalist Hindiyo Haji Mohamed whose car was blown with explosive device,’ Abdulahi Hussein Mohamed, deputy judge of the supreme military court said. National television journalist Hindiyo Haji Mohamed was killed in December when her car blew up as she returned home from a university class in Mogadishu. 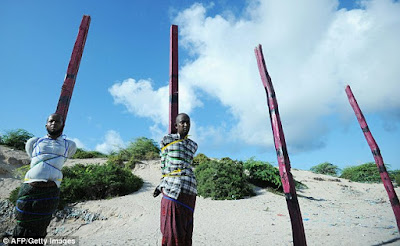 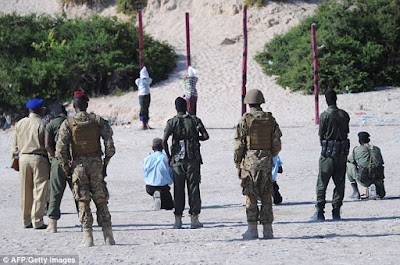 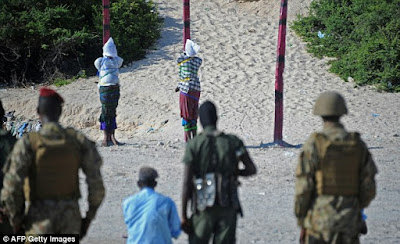