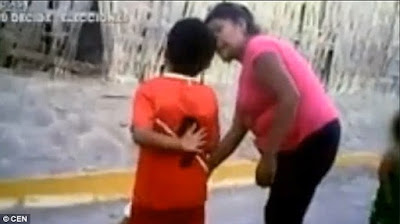 A mother was seen forcing her young son to beat another child after a fight between the children. The brutal incident was filmed in Lima, Peru, and shows the parent dragging her son down a street and ordering him to attack another young boy. 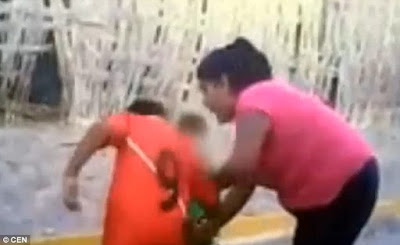 When the youngster refuses she grabs his arms and legs and makes him knee the child in the head after shouting ‘Hit him, hit him.’ It is believed the children had been fighting and the mother wanted to punish the other child for hitting her son. 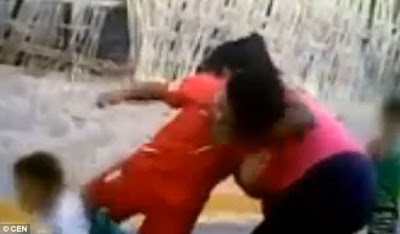