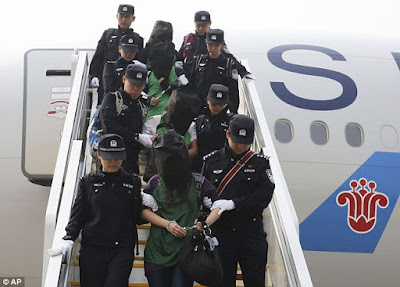 Kenyan officials are accused of using tear gas to force dozens of Taiwanese nationals onto a plane to China after they were implicated in wire scams in the African country. The group were sent back to China, where victims of the purported scams were targeted, after Beijing claimed it had legal jurisdiction over their case. 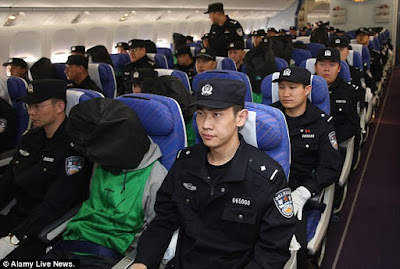 However, Taiwan says the ‘extra-judicial abduction’ of 45 of its citizens to China, rather than their home of Taiwan, is akin to kidnap. It has sparked a diplomatic row, as Kenya does not have official relations with democratic Taiwan and considers the island part of ‘one China’, in line with the Beijing communist government’s stance. 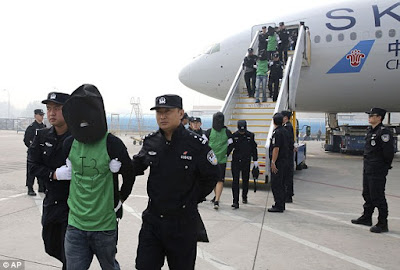