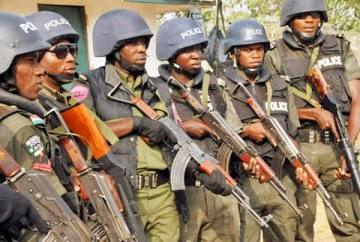 There was a shootout on Thursday between the men of the Nigeria Police Force NPF and a robbery gang in Ekiti state along Ikere-Igbara Odo Rd. 3 of the notorious suspects were arrested after being fatally injured during the clash as dangerous weapons, live tortoise, were recovered on bandits. This information was made known through the official handle of the NPF which posted; 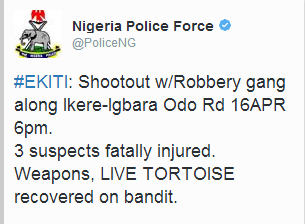 ' I Heard A Female Voice Telling Me To Do So' — Man Who Had Sex With A Dog. Photo