In the spirit of the existing cordial relationship between the Czech Republic and the Nigerian Air Force (NAF), the Czech Republic Government has offered a postgraduate scholarship to the wife of late Wing Commander Chinda Stephen Hedima to study Epidemiology at the Czech Defence University, Prague. 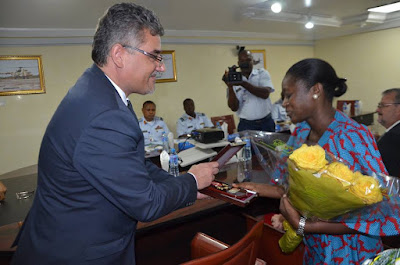 Late Wing Commander Hedima was killed in September 2014 by the Boko Haram Terrorists while on operation in Northeast Nigeria. The senior officer, before his demise, had his combat simulator training on the Alpha Jet with Aero Vodochody in the Czech Republic. 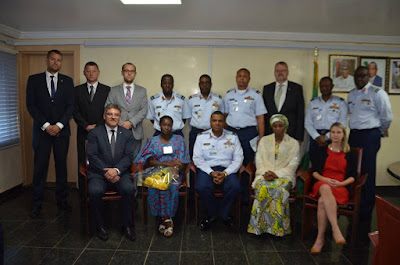 The full scholarship award to Dr (Mrs) Hedima was in recognition of the ultimate sacrifice by her husband in the ongoing counter-insurgency operation in the North East. Presenting the award, the Czech Republic Deputy Minister of Defence, Tomas Kuchta, said that the gesture was an extension of the friendship between the Czech Republic and Nigeria, and in recognition of the gallantry act exhibited by the late senior officer in the service of his fatherland. He recalled that late Wing Commander Hedima put-up good performance, and was disciplined and friendly during his training in the Czech Republic. He also used the occasion of the scholarship award to extend the condolence of the Czech Ministry of Defence to the people of Nigeria for the great loss.

Mob Descend On Man After Being Accused Of Filming Up A Lady's Skirt In Public. Photos