While Nigerians are celebrating the recent onslaught by soldiers on Boko Haram militant sect, the army has been hit with a sad news of the death of a soldier. The gallant soldier identified by his nickname Fancy Evra -died while on duty. His death was announced by a friend on his Facebook wall. May his soul rest in peace. 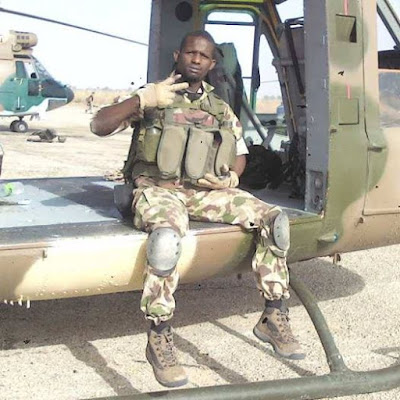 How Aiye Cult Leader Was Hacked To Death In Power Tussle

How Palm Wine Laced With Drugs Killed 3 At A Party In Ondo State.