Pictured is the dead driver who was transporting the Kano students that died in a car accident on Tuesday along Lagos – Ibadan expressway while on a mission to represent Kano in the National Quiz Competition in Lagos…He died along with seven other students…. 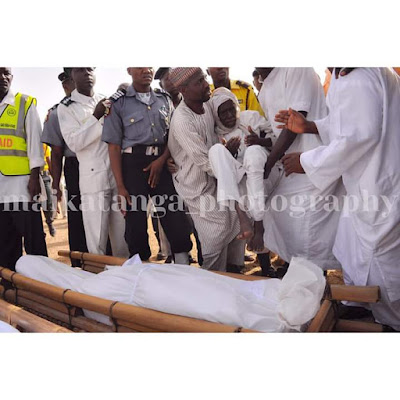 His aged father who is physically challenged -was present at the funeral to pray for his dead son as depicted in the picture ….

Newly Engaged Gareth Bale Jets Off To Spain With Long-Term Girlfriend And Daughter.