Firefighters used their bare hands to dig through the rubble and rescue a man who was trapped under a collapsed house in Mingxi county, southeast China’s Fujian Province. 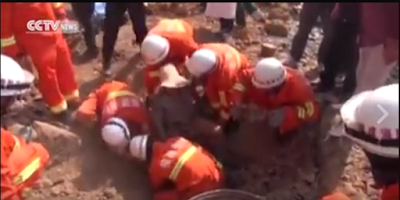 Torrential rain triggered the house to crumble burying the man, who happened to be indoors attempting to fix it. The worker’s body was completely covered by masses of mud and wooden structures with his head only exposed.

Fearing equipment would cause further injuries to the trapped man, firefighters decided to dig around his body with bare hands. They eventually succeeded in removing him from the wreckage. Fortunately, the man had no life threatening injuries, and made it out with minor cuts. 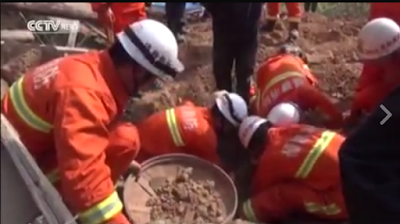 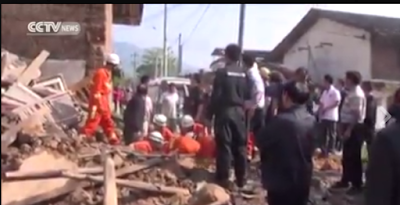 “See The Strange Phenomenon Which Has Been Appearing Around The Globe”. Photos

Young Man Beaten And Humiliated After Slapping A Lady On The Street. Photos/Video