This is a press release by the acting director army public relations, Col S.K Usman Troops of 26 and 223, Battalions, Army Headquarters Strike Group and Armed Forces Special Forces have continued offensive operations in furtherance of Operation CRACKDOWN. The troops have cleared remnants of Boko Haram in Izza and Njima general area. Although they did not encounter any Boko Haram terrorists, there were noticeable fresh footprints, motorcycle and bicycle tyre marks in the seemingly abandoned places. 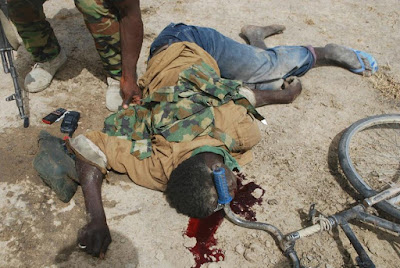 However, the troops came across and recovered 8 abandoned vehicles belonging to Boko Haram terrorists. The advancing troops also cleared all Boko Haram terrorists’ hideouts along the way including their camps at Bula Buba and its environs where they recovered 1 Hilux, 1 Canter truck, 15 AK-47 rifle magazines, a 60mm High Explosive Bomb, 200 G3 rifle magazines, 3 Browning Machine Gun tripod stands and a 60mm mortar bipod stand. Other recoveries include several metal links of 7.62mm (NATO) and 12.mm ammunitions. 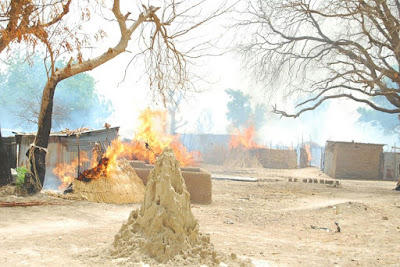 In their area of operations, troops of 121 Task Force Battalion today, intercepted 35 civilians comprising 6 men, 7 women, 7 males minors and 15 minor females who claimed to be coming from Balaganje village. 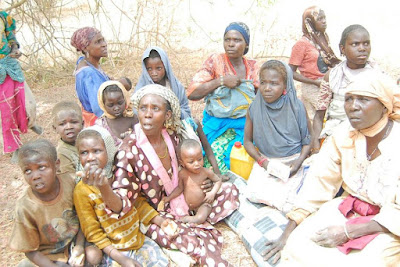 However, preliminary investigation reveals that they had been living in Balaganje as captives by Boko Haram terrorists who threatened to kill them if they attempt to escape. They are being investigated further. 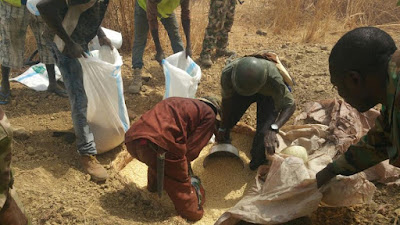 In a related development, quite a number of Boko Haram terrorists have continued to surrender. Yesterday, out of 16 male adults that came along with their families to troop’s from Balazala and Ahamdaga Makaranta villages in the Dure district, 7 of them confessed to be Boko Haram terrorist members. 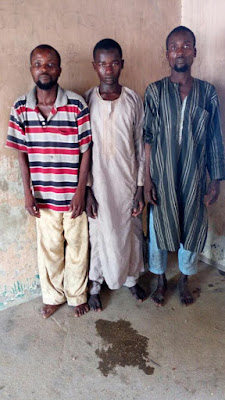 However, on proper interrogation, the suspects confirmed to be Boko Haram terrorists with some of them having specialized trade and status. Three of them were Ameers (leaders) in the Boko Haram terrorist group’s hierarchy; for instance, Hamidu Buba was found to be the Ameer (leader) of tailors, while Musa Buba is Ameer of mechanics and Ali Idrissa, an Ameer of carpenters. The others confessed to be “Rijan” (fighters) adding that they have participated in various Boko Haram attacks on so many villages and towns. They further stated that the ongoing crackdown operation is really taking its toll on them as they can barely survive. 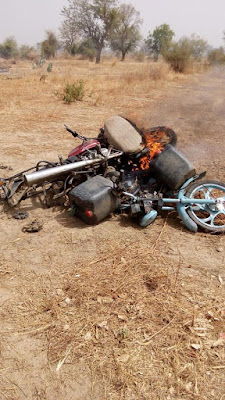 As a matter of fact, they confessed that they were all fed up with the situation which has become worse as a result of Operation CRACKDOWN. They also stated that the Boko Haram terrorists have ran out of food and they now survive on roots and unripe mangoes. They also said 2 of their members sent for food were killed at Frigi crossing point some days earlier by troops, (you may recall that we reported the military’s ambush at the crossing point). 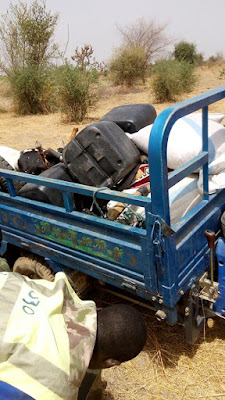 The troops of 122 Task Force Battalion injunction with some elements of 26 Task Force Brigade on receipt of information from some escapees, embarked a clearance patrol to Fadagwe Muni, along Yamtake-Gwoza road. On sighting the troops, the suspected Boko Haram terrorists fled and left behind an abducted 16 year old female cripple. 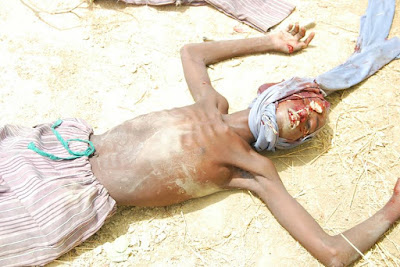 The terrorists also abandoned large stock of grains stored in underground pit. Other items recovered include grinding machine, 2 tricycles and 1 photographs printer. The troops nevertheless pursued the fleeing insurgents and killed some of them. 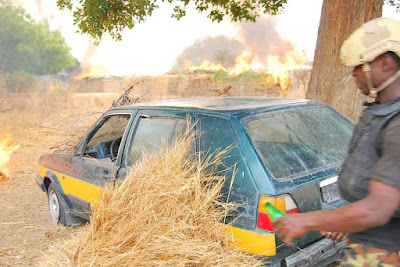 Similarly, troops of 121 Task Force Battalion also conducted clearance operation at Kadera Dam and Anguwar Fulani, while troops of 192 Battalion that conducted similar operation to Guduf, Nagadio, Duma and Kusarha. The Boko Haram terrorists ran to the top of the mountains and they were engaged heavy mortar fire. The 7 Division and its supporting elements has also intensified the clearance and rescue operations deep inside Sambisa forest. On Friday, they had encounter with Boko Haram terrorists at Alafa in which they cleared all the terrorists hibernating there.

The troops in various axis have continued to exploit further till they accomplish the mission of Operation CRACKDOWN.

Islamic Cleric Pictured Smiling AFTER He Was Assassinated While Leading Prayers.

See Pictures To Prove That “Love Is Really Blind”…..

Man Suffers Horrific Burns After His iPhone Got Exploded In His Pocket. Photos