A British actress has landed her first role in a romantic comedy made by one of the best-known film directors in Nigeria. Claire Edun, from Winchester, Hampshire, fits seamlessly into the film because she speaks fluent Nigerian pidgin English. She ‘fell in love’ with Nigeria and taught herself pidgin English. 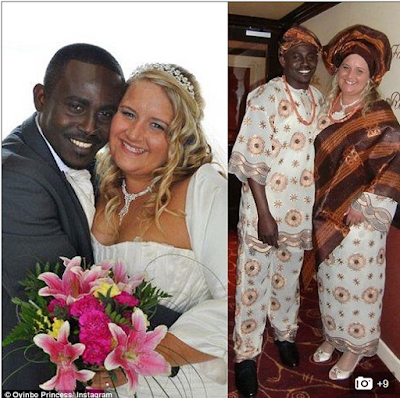 The 31-year-old’s new movie has become such a success that she is now famous with cinema-goers in the African state and has been nicknamed Oyinbo Princess – meaning ‘White Princess’. Claire, whose family has no connection to Africa, went to private school and then college in the UK and has always had a passion for acting and drama. After working in Greece, she got a job as an air hostess and says she ‘fell in love’ with Africa while stopping there overnight between flights. She says she starting swapping routes with other stewardesses so that she could visit Nigeria as much as possible and became interested in its films and music. 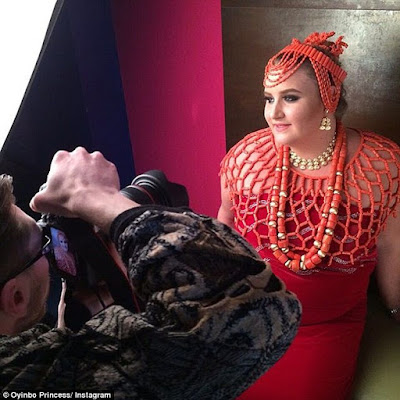 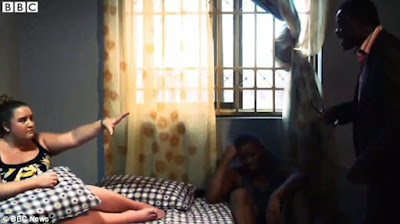 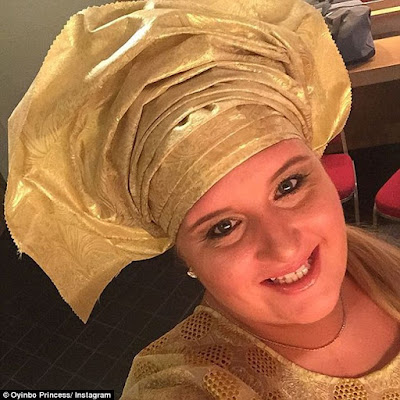 Woman Stabs Her Husband In The Stomach Out Of Plain Jealousy. See Photos

Lost But Found Vehicle Spotted At A Police Station In Port-Harcourt. Photos

Watch The Horrific Moment A Suspected Drug Dealer Is Held And Executed In Philippines. Video