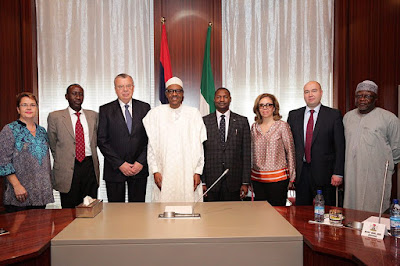 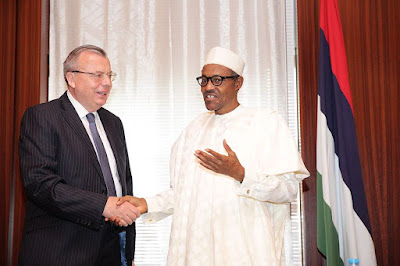 Receiving the Executive Secretary of UNODC, Mr Yury Fedotov, President Buhari said that the process of recovering the stolen assets had “become tedious’’ to the consternation of many Nigerians. 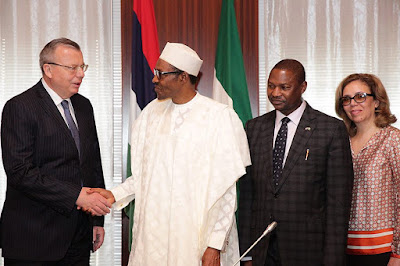 “We are looking for more cooperation from the EU, United States, other countries and international institutions to recover the nation’s stolen assets, particularly proceeds from the stolen crude oil. “It is taking very long and Nigerians are becoming impatient,” the President said.

President Buhari told Mr. Fedotov that his government has worked very hard in the past 11 months to reverse the very negative global perception of Nigeria on corruption.

“Our genuine efforts to deal with corruption and drugs have earned us international respect and this has encouraged us to do more’’.
“We know that by fighting the scourge of drugs and corruption and rebuilding trustworthiness, integrity, good business practices, and imposing discipline on youths to avoid drugs, we are not doing a favour to the international community, we are doing a favour to ourselves, ’’ the President said.
President Buhari also promised that his administration will work with the UN agency to rehabilitate young Nigerians who have been misled into consumption of illicit drugs and drug trafficking.

Mr. Fedotov told President Buhari that UNODC has chosen Nigerian as a pilot country for support and strategic cooperation in the fight against drugs and corruption.
Garba Shehu SSA to the President (Media & Publicity)

Photos Of Solid Security Vehicles Made By Two Brothers From Ekiti State.

How Soldiers Rescued Teacher From The Hands Of Kidnappers In Delta State. Photo