A 59-year-old security guard in China found this animal known as pangolin in the bush and took it home. The mammal even bit the man identified as Xiao, but he still patiently took good care of it and contacted a local newspaper for help. Now the pangolin has been taken to the zoo. 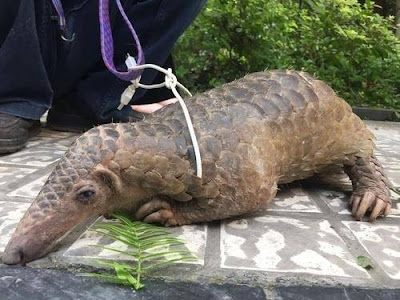 A zookeeper explained that this pangolin is about two to three years old. It was probably raised illegally by a certain restaurant or an individual in the neighborhood. He said that pangolin is under level-II state protection, and Xiao did the right thing for not keeping it to himself. 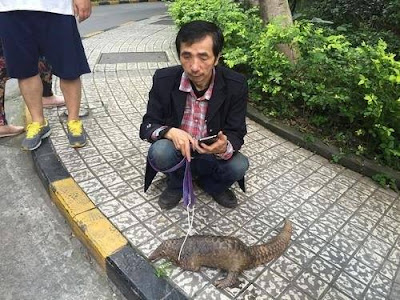 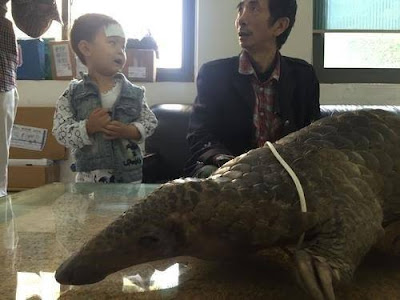 See The Smuggled Goods Worth Over N130 Million Seized By Customs In 1 Month. Photos