The campaign manager of New Patriotic Party(NPP) Member of Parliament nominee , Joseph Gyamfi Owusu and two others have been killed in a ghastly crash on the Kumawu- Drobonso road in Ghana. 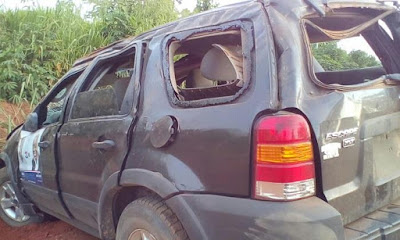 It is unclear what caused the accident, but available reports say they died after being rushed to the hospital. The deceased were said to be travelling in a Ford Escape 4×4 vehicle when the accident occurred few hours ago.

The bodies of the deceased have been deposited at the Agogo Presby Government Hospital morgue.