A middle-aged woman was caught by passersby after she made an attempt to kidnap a child riding on a motorbike in south ‪China‬’s ‪Hainan‬ province on May 2, 2016. 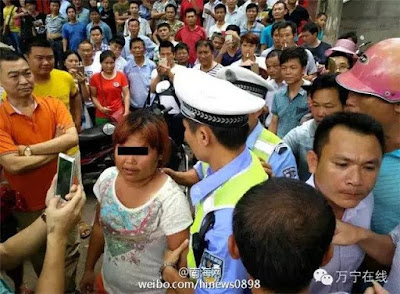 The incident took place on a busy street, when a motorbike on which sat a female driver and a child drove by the alleged kidnapper. Right in front of all the vehicles and passersby, the alleged kidnapper grabbed the kid off the bike before the driver could react. Passersby immediately detained the woman on the spot. Many shouted, “Beat her to death!” The woman was later taken away by police officers. 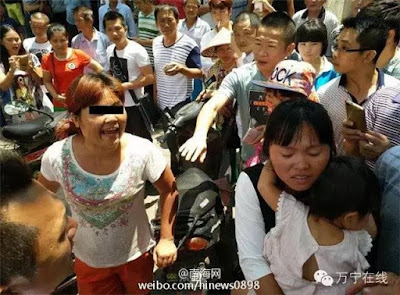 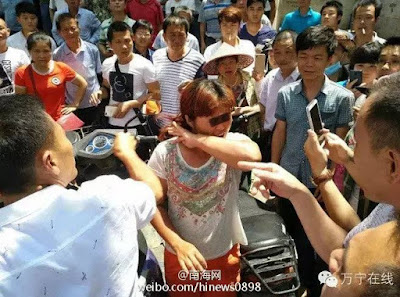 Gang Of 'Yahoo ' Boys Apprehended By EFCC In Ibadan. Photos