A woman was utterly shocked when she cut into a shop bought cake and found a ‘used condom’ in the middle. Tatiana Petovradzhi was about to tuck into the Easter cake, which she purchased from her local supermarket, when she made her disgusting find. 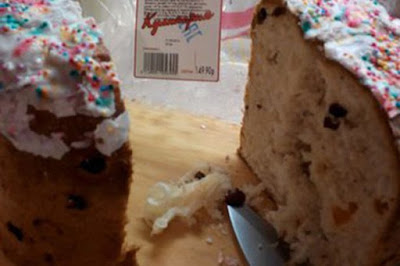 The woman thinks the act was a revenge plot from an angry employee who had just been sacked from the store. Tatiana says she found the condom in an Easter cake she had bought from an O’Key supermarket in the city of Tyumen in south-central Russia’s Tyumen Oblast region. 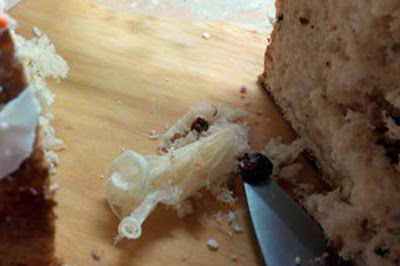 Couple 'Caught Having Sex' In A Food Store While Ordering For A Takeaway. Photos

Teacher Arrested For Performing Homosexual Act On A Male Pupil In Ogun State.

Scary! Can You Sleep In A Glass House Hanging On A Cliff. See Photos