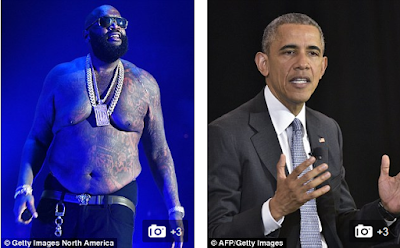 American rapper Rick Ross interrupted Barack Obama’s speech at a White House event -with his security tag. President Barack Obama had invited a bevy of hip-hop heavyweights, including Nicki Minaj, Common, Busta Rhymes, Pusha T and DJ Khaled, to a promoting initiative for helping youths of color to hip-hop stars -at the White House Friday.
The president had just finished talking when Ross’s ankle bracelet made a loud beep…Rick Ross was given the anklet on kidnapping and assault charges last year… It made beeps at random, and even Ross was surprised by it…. Ross later posted a picture of himself and DJ Khaled talking after the event on his Instagram account. 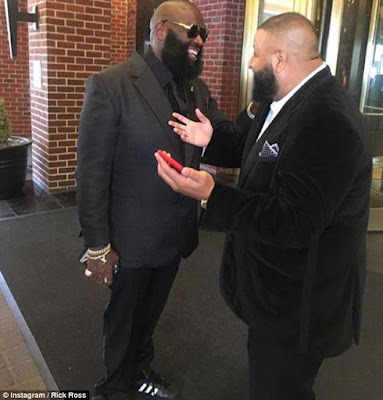 Nigerians React After Governor Obiano Tries To Kiss His Wife In Public. Photos

Nigerians March To The National Assembly As They Stage #OccupyNASS Protest. Photos