According to Terror Monitor, an organization which closely monitors and reports terrorists actions globally, Islamic State affiliate group Boko Haram has showed off arms, ammunition and other items captured after a recent attack on Kanamma town of Yobe State, north east Nigeria. 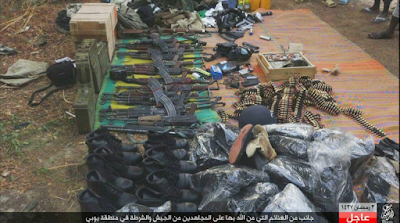 According to reports, residents said the insurgents stormed the town on Monday night, shooting sporadically, before attacking the Divisional Police Station of the area and some shops in the town. According to them, the insurgents were on rampage in “search of food” and consumed beverages among other eatables in the shops. The Yobe State Commissioner of Police, Mr Chika Maidam, who confirmed the attack said the insurgents, who came in their numbers, attacked the Divisional Police Station of the area. He revealed that three of his men were injured during the raid but have been treated at the Geidam General Hospital and discharged. 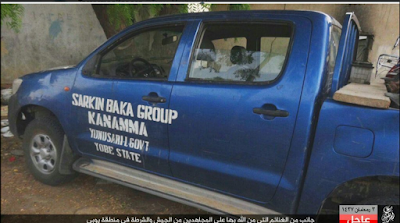 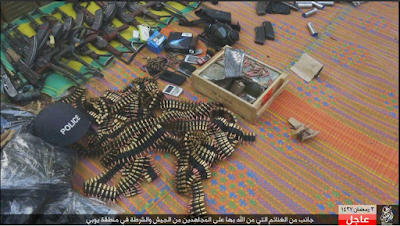 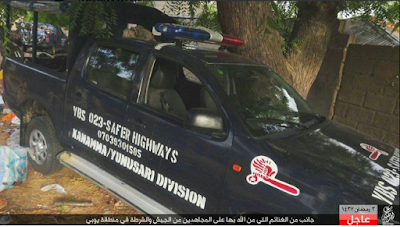 “She Came Prepared”; See What Happened Between A Bride And Her Groom At Their Wedding. PICS