Russia have been handed a final warning from UEFA with a ‘suspended disqualification’ from Euro 2016 imposed for their supporters’ disorder during Saturday’s 1-1 draw with England in Marseille. Any further instances of crowd disturbance inside stadiums at Russia’s matches this summer would see them thrown out of the tournament after the Russian Football Union (RFU) were charged with crowd disturbances, use of fireworks and racist behaviour. 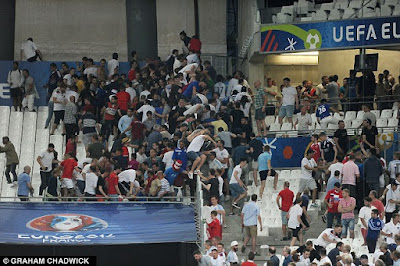 However, the suspended sanction only applies to the trouble inside the stadium. The RFU are permitted to appeal the punishments. 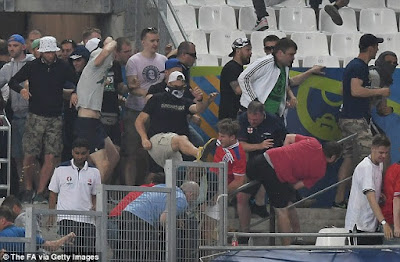 See How These Women Were Searched Before Entering A Stadium In Uganda. Photos