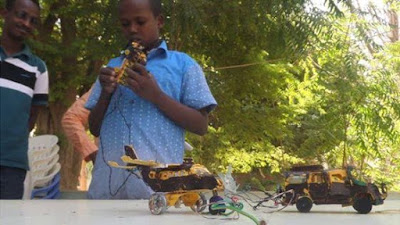 Guled Adan Abdi is a talented boy from Somali whose passion for making electronic toys has made him famous in his country and earned him a scholarship to study. The ambitious inventor who wants to be car producer in Somalia makes plastic toys from bits of discarded objects and then worked out how to motorize them by studying real cars. 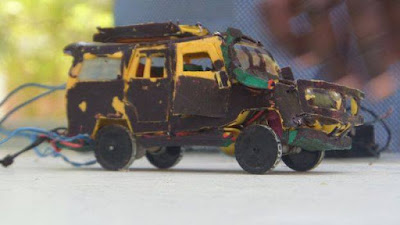 Guled has already constructed four electronic toys, including a truck and a plane and a fan that can be used as a light at night. He was invited by Puntland regional state President who promised to support his education and innovations techniques. 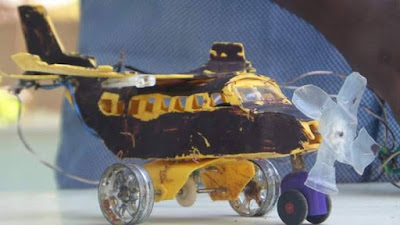 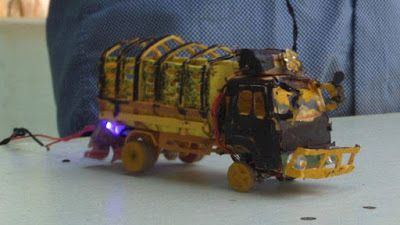 #RipMayowa: Mayowa Ahmed Passes On After Battling With Cancer