The Economic and Financial Crimes Commission EFCC has arraigned the duo of Munzali Ahmed and Alex Bala before Honourable Justice Idrissa Kolo of the Federal High Court, Kano, on a one count charge bordering on diversion of PMS popularly known as Petrol. 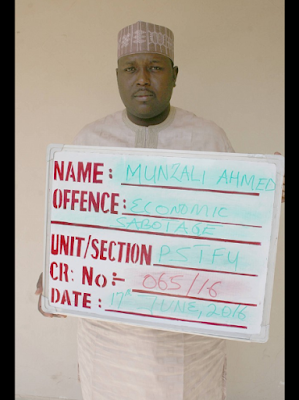 The accused, Munzali Ahmed, who is the Sales Representative of NNPC in Dutse, Jigawa State and Alex Bala the NNPC Sales Representative in Hotoro, Kano, were arrested by EFCC Operatives Special Task Force in March 2016 following intelligence which indicated that truck of 40,000 litres of PMS with Registration Number GME804XA belonging to the NNPC Retail billed for Bamaina outlet in Birnin Kudu Local Government Area of Jigawa State was diverted to Munira Petroleum Ltd and Danmarke Investment Ltd both in Zaria, Kaduna State. Investigation further revealed that the PMS was sold at a higher price instead of the approved pump price of #86/litre as at then. The court then ordered them to be remanded in prison custody till June 28, 2016, for ruling on bail application.‪ 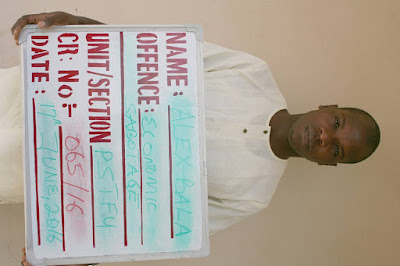 See The Parents Of The Boy Born With His Heart Outside The Body In Yobe. Photo