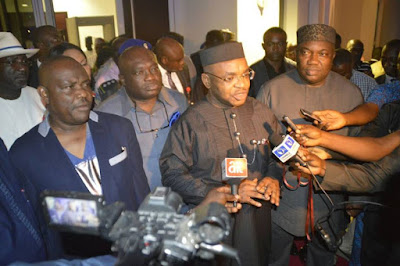 Peoples Democratic Party Governors, members of the National Assembly and Stakeholders of the Party across the country, converged on Uyo for the inaugural meeting of the Zoning Committee of the party presided over by Chairman of the Committee the Akwa Ibom State Governor Mr Udom Emmanuel. .

Briefing Government House Correspondents after the meeting, the Zoning Committee Chairman Mr Udom Emmanuel said that the members were unanimous in their agreement for all the twelve National Working Committee  seats to be successfully zoned to different parts of the country and that the decision awaits ratification by the National Executive Committee of the party. 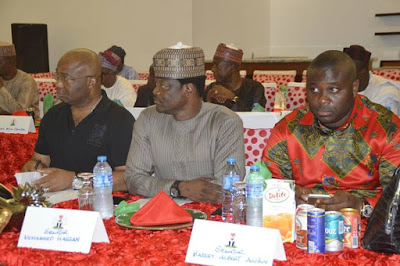 Governor Emmanuel said the party has been rebranded to return power to the people in line with the application of the fairness and justice doctrine and commended the members for their commitment to uphold the tenets of the party and ensuring transparency in their conduct.

He expressed joy at the peaceful deliberations and the display of unity of purpose by the participants adding that with the new zeal displayed the party would regain its right of place in the polity.

The Zoning arrangement according to Governor Udom Emmanuel would be made public after a meeting with the party hierachy.

President Buhari Finally Arrives At The Villa, Welcomed By His Wife And Others. Photos

“That's How We Roll”; Lover Man Gifts Girlfriend Bouquet Made Of Banknotes. Photos