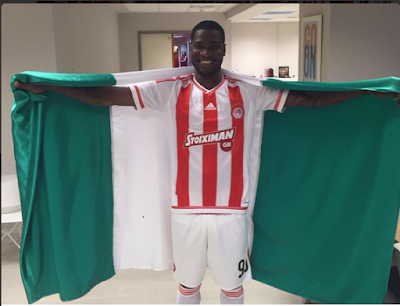 Nigerian international footballer, Brown Ideye has lifted his first league trophy in his career. The 27-year-old striker won the 2015/2016 league title in Greece with his club Olympiacos. He was also on target as Olympiacos claimed their 43rd Greek championship title with a 5-0 bashing of AEL Kalloni FC at Karaiskakis Stadium on Sunday, April 17. 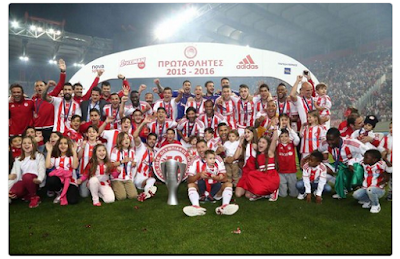 Governor Aregbesola Squats As He Visits Ooni Of Ife In His Palace. See Photos

Goalkeeper Gets Four-Year ban For Kicking Striker In The Head During Match. Photos + Video