Tens of thousands of Buddhist monks gathered on Friday at a Thai temple mired in controversy to join in a ceremony organizers called the world’s largest offering of alms to renunciates. 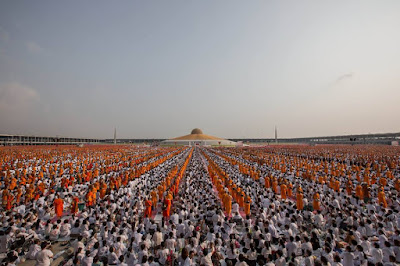 Around 50,000 monks clad in orange robes chanted as devotees wearing white to symbolize the purity of the Buddha flocked to give alms at the Wat Phra Dhammakaya, famed for its enormous golden stupa that resembles an unidentified flying object. 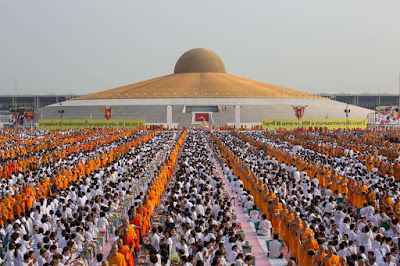 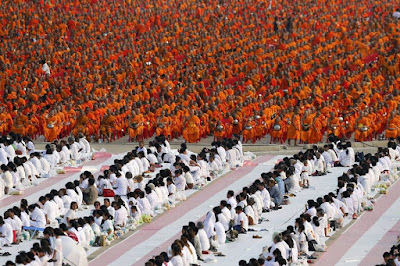 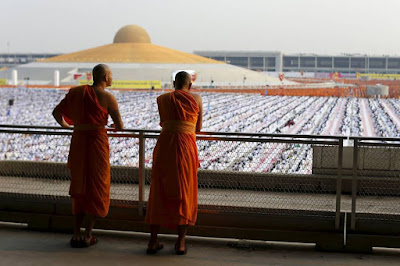 Girl Takes Her Dabbing Skills To A Whole New Level. See What She Did. Photos

Man Who Trekked In Solidarity For Buhari Wants To Embark On Another Journey. See Why