And the violence in the volatile state continues. Tragedy has struck again in Rivers State after gunmen killed five persons in Edoha, Rivers State, over the weekend. They were then beheaded and their heads dumped at a busy junction on Eketa road.

According to reports, the attack was the aftermath of a lingering battle between two rival cult groups, the GreenLanders and the Icelanders. 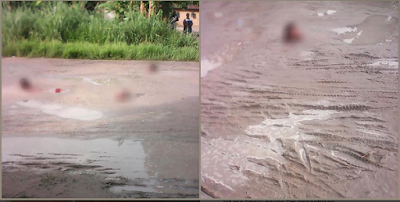 Pretty Nigerian Girl Gets Recognised By President Obama For Her Academic Excellence. Photos

Man Poses With Massive Python Round His Neck After Being Killed In Kwara State. Photos