A young man was made to eat a shoe -because he wanted to walk through an area of his own town in Pakistan. Gangs had banned him from being in a particular spot and once he was seen there the “landlord” – or boss – of the area was not happy. The man was forced to beg for forgiveness before one of his assailants took off his dirty shoe -and then put it in his mouth. 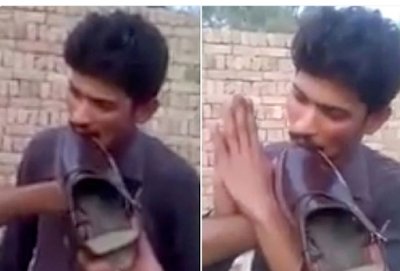 It is not clear why the man was banned from the area but the following the incident in Sanawan Town in Pakistan last week, the main attacker has been arrested and taken into custody. 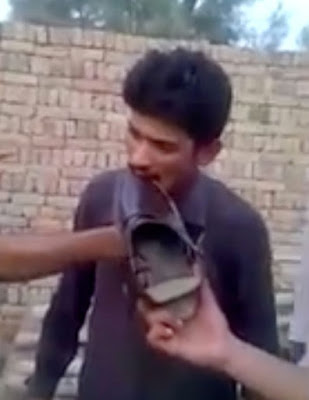 Human-Size Fish Causes Attention As It Goes On Display In Manchester. Photos