Arsenal forward Alexis Sanchez has squashed fears over the ankle injury he suffered during extra-time in the Copa America final win over Argentina. The 27-year-old was substituted after 104 minutes of the match at MetLife Stadium in New Jersey – which Chile went on to win following a penalty shoot-out – in the wake of a heavy tackle by Gabriel Mercado. 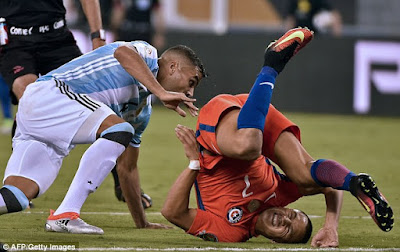 After the match on June 27, Sanchez posted photos on his personal Twitter account of a badly swollen left ankle. Sanchez added on the social media site: ‘Fourth day of my vacation, locked up in the hotel bored hahaha…. But I’m already much better.’ The Gunners forward then made another post, saying: ‘Your body can endure almost everything… it is your mind that you have to convince’. 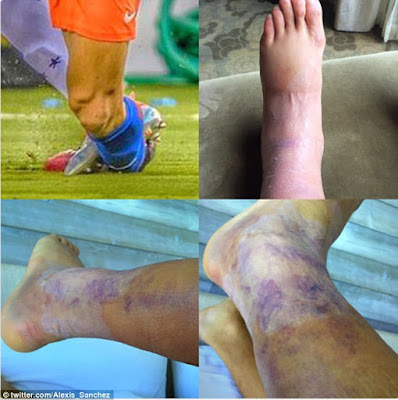 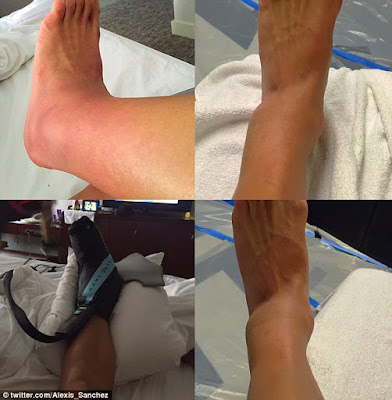 Strangers Jump Into A River To Save Woman From A Sinking Car. See Photos

Check Out Super Eagles' Latest FIFA Ranking In The World And Africa.