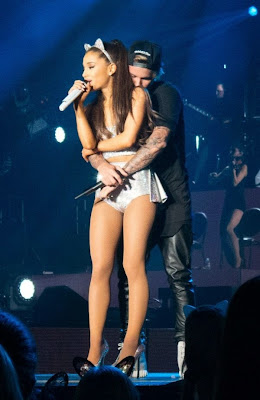 Justin Bieber rcrossed the line with Ariana Grande during a performance Wednesday night much to the dismay her boyfriend Big Sean, who was in the crowd and Twitter threatened him. Pop star, Justin Bieber made a surprise appearance at Ariana Grande’s concert at the Forum in L.A. Wednesday, where the two performed “As Long As You Love Me.” Toward the end of the song, Justin called her over, and threw his arms around her while on stage. 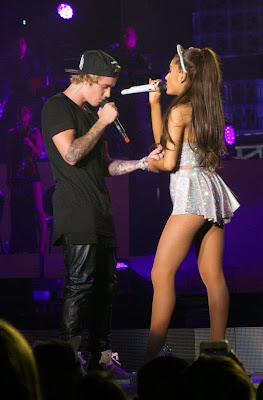 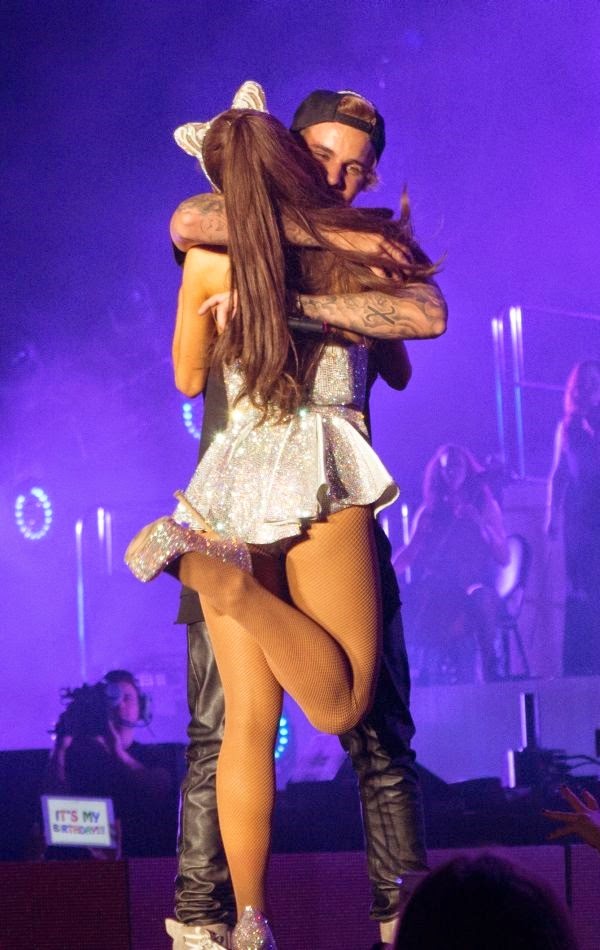 But apparently not quick enough for Big Sean, who was in Canada — and caught wind of Bieber’s antics through social media. He tweeted (and later deleted), “This kid is about to learn not to touch my girl like that. Beliebe that.” 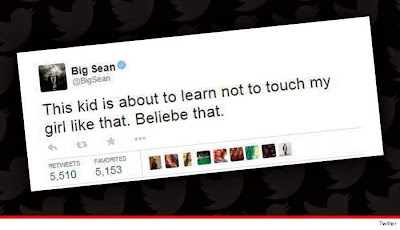