A youngster has become popular by sticking metal objects to his body which acts like a human magnet. 9-year-old Mehmet Sumbul saw somebody doing the stunt on TV and decided to give it a go himself. 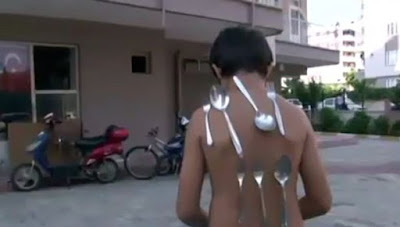 Much to his surprise he had the special power too and as the footage shows he can put metal spoons and forks on his chest and back and they just stick.  The youngster told local media that his body can also do the same trick with screws, metal ashtrays as well as mobile phones. Mehmet lives with his parents, Huseyin and Aysu, in the city of Antalya on the south western coast of Turkey. The phenomenon is sometimes referred to as ‘human magnetism’ and some have said they can also attract other types of materials, such as glass, porcelain, wood or plastic. Many mainstream scientists however believe that it is in fact nothing more than unusually greasy skin. 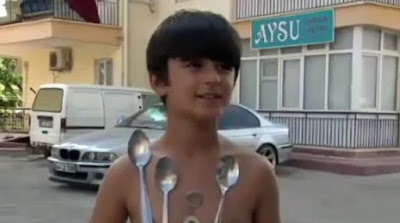 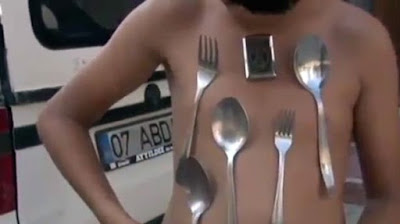 Young Woman And 12 Others Flogged Publicly For Breaking Sharia Law In Indonesia. Photos