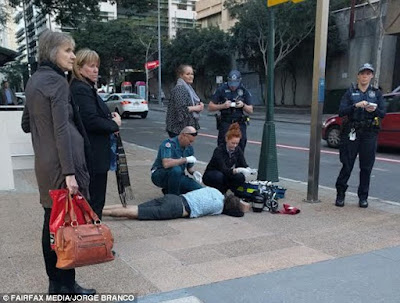 Police allege the pair had a ‘brief verbal exchange’ before the younger English allegedly attacked his father. The 53-year-old died on Tuesday in hospital. Police have upgraded the charge to unlawful striking causing death. According to The Brisbane Times, he had not spoken to his son for four years before the incident

London Rich Kids Show Off Their Wealth While Enjoying The Summer Holidays. Photos

Polar Bear Becomes Shy After She Was Spotted Doing Yoga At A Zoo. Photos