A landlord, Gbade Metibemu, has been arrested by men of Lagos State Police Command -for allegedly stabbing his tenant of four months, Bright Abraham, to death on Apollo Street in the Makoko area of the state. It was learnt that Metibemu attacked the 35-year-old Abia State indigene with a knife for refusing to vacate his plank apartment after a week-long disagreement. 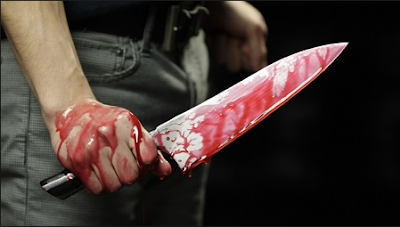 Our correspondent was told that the suspect had warned the victim to stop soiling the slum with the faeces of his baby. When the warning did not yield any result, the suspect was reported to have threatened to kill Abraham. Last Thursday, around 10pm, the father of four was preparing to sleep when an argument ensued between him and the landlord which degenerated into a fight. Metibemu was alleged to have got a knife with which he stabbed Abraham in the chest. He allegedly rushed to the Adekunle Police Station to report that he had been injured by his tenant. He was, however, detained when news filtered in that Abraham had died at the hospital where he was taken to for treatment. The landlord was said to have gone to the Adekunle Police Station with a friend, identified as Femi, to report the incident. “He told the police that his tenant stabbed him. The police were taking his statement when some friends of the deceased, who were returning from the hospital, met him at the station. They told the police that the tenant was dead. The landlord’s friend, Femi, fled, but the landlord was detained.” It was learnt that the wife and children of the victim had been taken to their family house. Our correspondent was told that an angry mob demolished the suspect’s apartment and destroyed some of his property.

The Police Public Relations Officer, SP Dolapo Badmos, confirmed the incident, adding that the suspect had been transferred to the State Department of Criminal Investigation and Intelligence, Yaba.

See What They Did To This Lady After Breaking A Man's Head During Football Match. Photos

Police Allegedly Reject 10-Year-Old Boy Suspected To Have Been Kidnapped In Ogun. Photos