China’s homegrown orthopedic robot treats a patient suffering from pelvis injury in a hospital in Chengdu, southwest China’s Sichuan province on May 24, 2016. The robot is equipped with China’s self-developed intelligent surgery system which is able to cope with existing problems during surgery including lack of precision, large wound area and large amount of bleeding. 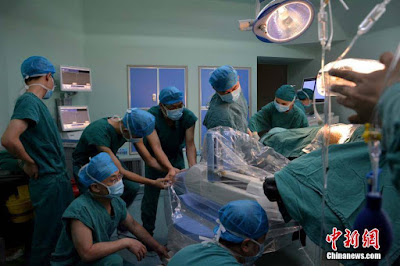 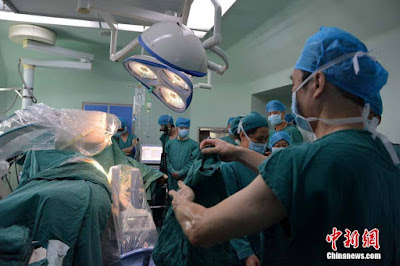 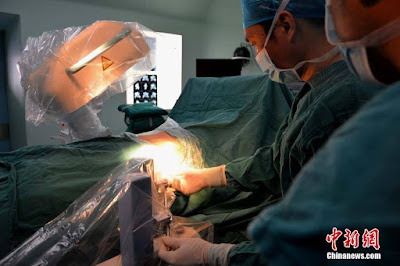 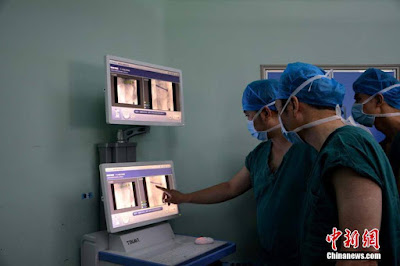 See What Happened To A Pr*stitute While Having S*x On A Glass Table. Graphic Photos

Saddam Hussein 'Whined Of Cuts And Bruises' When He Was Captured. Photos