Two women were filmed viciously attacking another who is reportedly the mistress of one of the their husbands. The desperate “housewives” beat up the alleged mistress in the streets of Zhengzhou, Henan Province in China, before forcibly ripping her clothes off and cutting her hair. 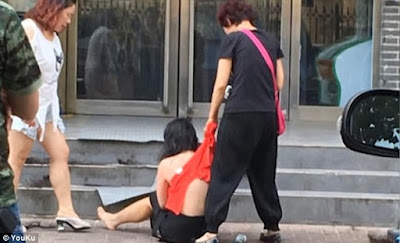 The incident was photographed and filmed by several onlookers, none of whom stepped in to intervene. None of the several onlookers intervened during the incident, with some even sniggering and encouraging the attackers to rip all of the victim’s clothes off. 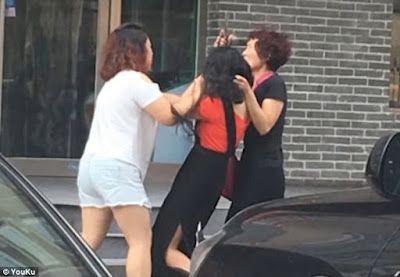 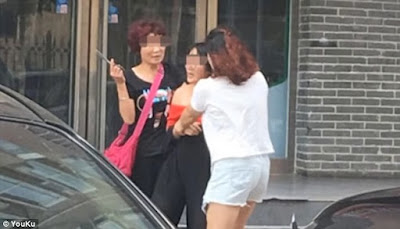 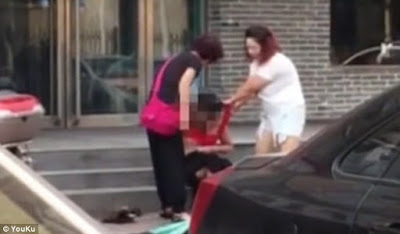 Girl Takes Her Dabbing Skills To A Whole New Level. See What She Did. Photos