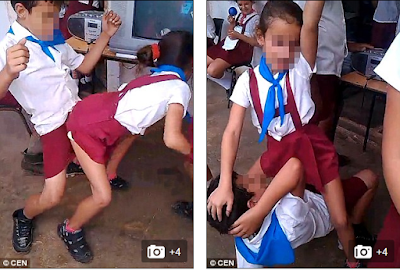 A controversial footage showing young children in school uniforms dancing provocatively and twerking has been posted online – sparking outrage. Filmed in the city of Camaguey in central Cuba, 300 miles east of Havana, it has now been viewed tens of thousands of times. 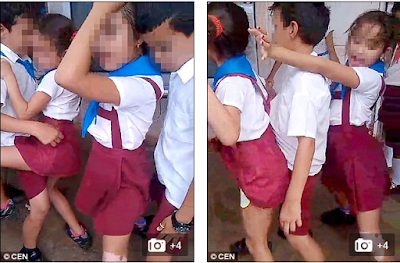 Jorge Luis Pérez, a father of one of the boys in the video and Camaguey resident proudly uploaded the footage of his son ‘showing off his moves,’ local media reported.

The girls, whose ages are not known, were seen dancing with two of their male classmates, replicating the moves seen on music videos.

Governor Wike And His Wife Are At It Again..See What They Were Seen Doing. Photos