Seems like Chinese women don’t joke with their men at all -judging from the increasing rate of jealous attacks on alleged mistresses. A woman was brutally attacked by a gang of vicious thugs who tried to take her clothes off while kicking her in the head for allegedly having an affair with a married man. 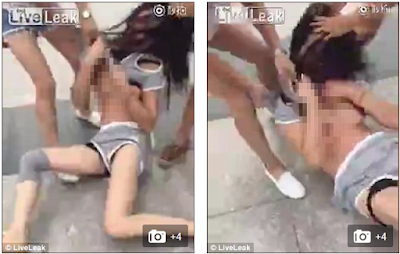 The group of women punched, kicked and slapped the lady who had reportedly ‘stolen’ someone else’s husband. She was filmed helplessly screaming as she was sat on the ground in China, unable to defend herself. The shocking incident was captured on camera in a public street in China. 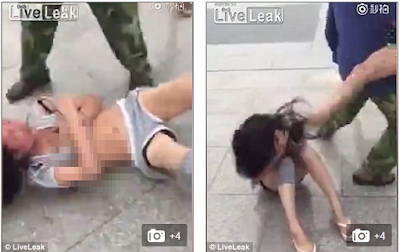 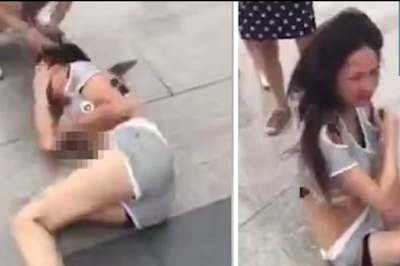 Charly Boy Shows Solidarity For Nnamdi Kanu As He's Pictured With Him In Court.