Troops of 3 Battalion 22 Brigade, have today carried out a successful pre-emptive strike to foil a planned Boko Haram terrorists attack on the military and innocent civilians around Wunbi in Kala Balge Local Government Area of Borno State. 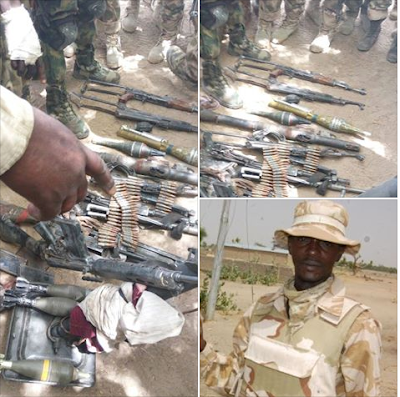 The pre-emptive attack was carried out after information was received about the devilish intention and location of the terrorists. While on a patrol to foil the attack troops encountered the terrorists at Tatakura village 20km South West of Wumbi. There was heavy exchange of fire at the end of which 9 Boko Haram terrorists were killed. Troops captured 3 AK-47 rifles, 1 Fabrique Nationale rifle, 1 General Purpose Machine Gun, a 60mm Mortar Tube, 1 Rocket Propelled Grenade 7 (RPG 7) Tube, 1 G3-Machine Gun and 7 Fabrique Nationale Magazines. Other recovered items also included 108 rounds of 7.62mm ammunition, 1 Energa grenade, an RPG 7 Bomb as well as three 60mm mortar bombs and 2 motor cycles. Unfortunately, 6 of our troops sustained gunshot wounds and have been evacuated for treatment. They are all in stable condition and responding to treatment. 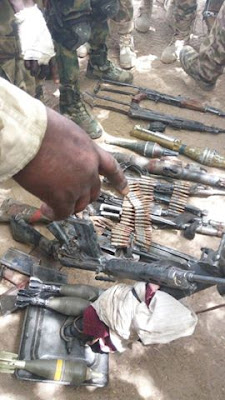 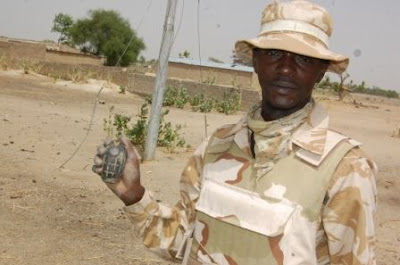 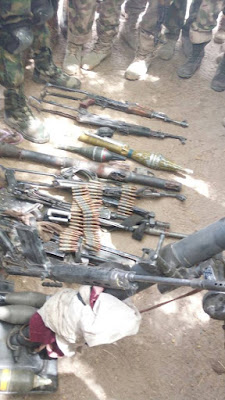 See What Happens When A Monkey Meets A Fine Girl In The Zoo. Photo