Chairman of the Anambra State chapter of the Nigeria Labour Congress (NLC), Jerry Nnubia, on Tuesday lamented the economic situation of the country saying bag of rice now cost more the N18,000 being paid to them as minimum wage. 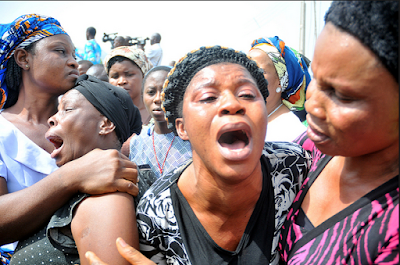 The labour leader wants to know why workers should be victims of an economic downturn when they are not remembered in times of economic prosperity. Speaking at a rally in solidarity with Nasarawa workers who were allegedly brutalised by the police while protesting the reduction of their wages by the state government on July 29, he said that any governor who could not pay salaries should resign. He said, “Why should workers be victims of every economic doom? When we have economic boom nobody remembers workers,” he said. “Our position is that any governor that can’t pay workers’ salaries should resign. Why haven’t the governors sliced their wages and those of their aides? “We are here today to show solidarity with our members in Nasarawa state who were killed and injured by overzealous policemen at the gate of government house, Nasarawa for opposing a slice in their salary by the state governor, Tanko Al-Makura.” The Anambra NLC chairman said it was laughable that salary paid when a bag of rice was sold for N9, 000 is the same salary being paid now that the price a bag of rice has risen to N23,000. “A bag of rice today is N23,000 or more and their minimum wage is N18,000. This is laughable,” he said. Culled from Leadership

Catholic Priest Spends £50,000 Of Parish Cash After Falling In Love With Housekeeper. Photo

See What A Policeman Did To A Teenager After Catching Him Smoke Marijuana. Photos