There was drama at the border village of Kaila in Luanda, Vihiga County in Ghana after a pastor along with two other suspects were beaten for allegedly stealing a cow. According to Citizen Digital, the owner, Philip Owindo, said that he woke up Saturday morning to find his cow missing and after asking around, he was led to the compound of Bishop Benjamin Owino of St Maria Chunyi Mtakatifu Roho Maler. 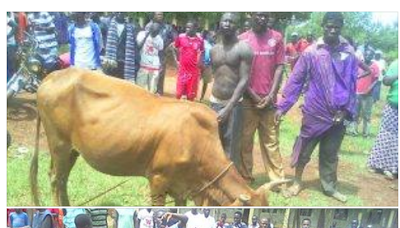 Owino said that after receiving a beating by members of the public, the bishop agreed to reveal the identities of his two accomplices, who are worshipers of his church, who were involved in the theft with the intention of selling it. 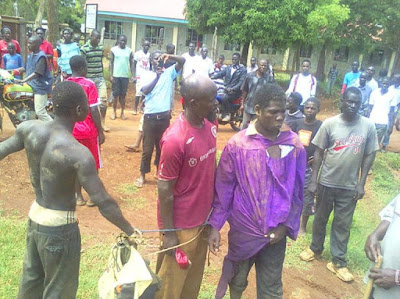 One of the suspects accused of stealing the cow. Kaila Assistant Chief Gregory Odhiambo confirmed the incident saying he was able to save the three suspects from the public who were out to lynch them. Odhiambo called on the public to desist from taking the law into their own hands.

The suspects are being held at the Maseno Police Station and will be arraigned in court on Monday.