Ogun State Governor, Senator Ibikunle Amosun, has called for the creation of a Nigerian Army Division in Ogun State. The governor made this call, on Thursday, while playing host to the Chief of Army Staff, Lt. General Yusuf Buratai who had paid him a courtesy visit at his Oke Mosan, Abeokuta office. 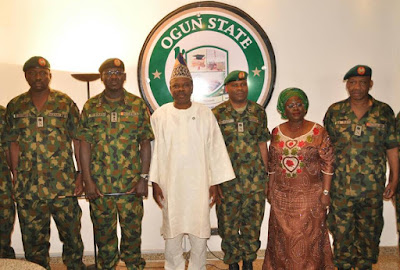 While receiving the Army Chief, Governor Amosun said Ogun State population has increased to over 7 million just as the economy of the state has also expanded to the point where the state can be said to be ripe for an Army Division of its own. 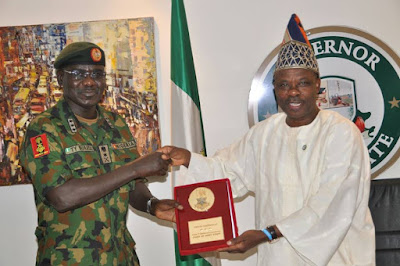 “We want our own Army division here in Ogun State,” the Governor said. 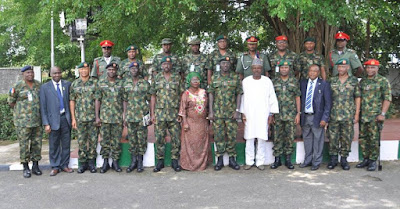 He also seized the opportunity to thank the Nigerian Army for the successes it has recorded against insurgency in the North East region of the country and cases of insecurity in other parts of the country. 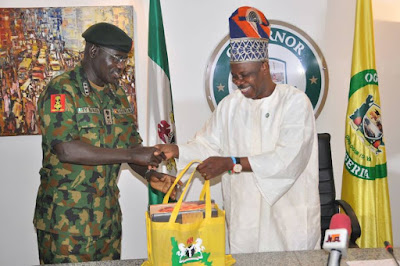 “Nigerians are now happy with the military. We are happy that normalcy has returned to the North East region even to the point where Emirs who have earlier had to run away from their domain have now returned,” Governor Amosun added. The Ogun State Governor also commended the military for the recent return of one of the kidnapped Chibok girls while praying for the safe return of the ones still in captivity. On his part, Lt. General Buratai thanked the Ogun State Governor and people for the support the Nigerian Army has so far received in the state.

He also urged Nigerians, especially those in the southern part of the country, to be extra vigilant due to the possibility of fleeing Boko Haram insurgents spreading to other parts of the country.

Father And Son On Trial For Raping 12-Year-Old Girl In Lagos.