Teenage students were filmed getting lap dances from a stripper they hired for their classroom graduation party – after telling teachers she was coming in to give a lecture about equal rights. 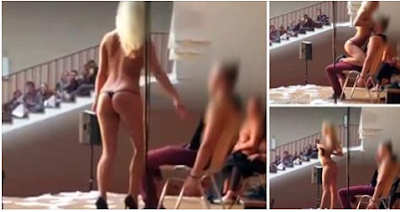 Footage shows a blonde stripper climbing on to the lap of a secondary school student while he was sitting on a chair at the Luitpold-Gymnasium in Munich, Germany. Video showed Jarly climbing almost naked onto one student’s lap and pushing his face between her breasts – and then wrapping herself in a blue towel to remove her underwear. But after the striptease was videoed through a window, the footage and clips from the ‘lecture’ quickly became a hit online. 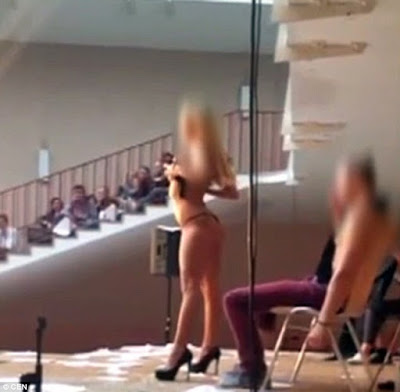 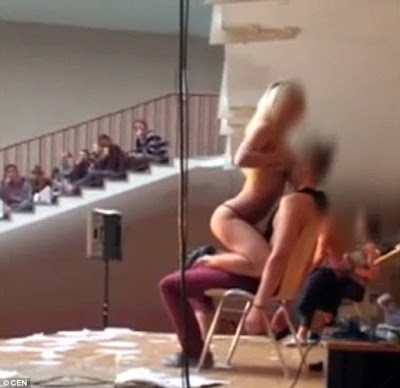 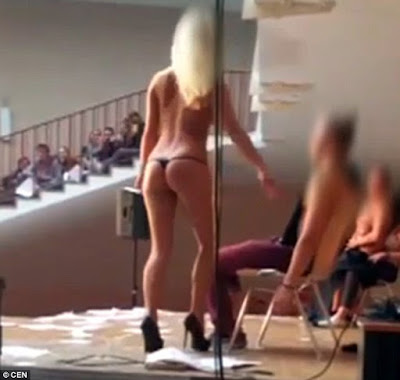 Family Of Doctor Who Jumped Into Lagos Lagoon Chases Away Journalists, Sympathisers…