This is a press release by Anambra State Government media team; The Governor of Anambra State, Chief Willie Obiano, yesterday , visited the casualties of a petrol fire explosion that occurred on Atani Road in the outskirts of Onitsha, the largest commercial city in South East Nigeria, on Tuesday night. 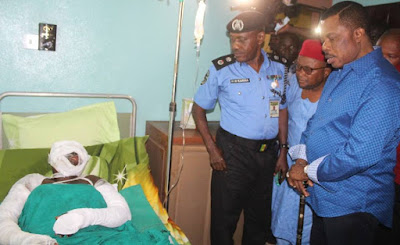 The governor who arrived Toronto Hospital, Onitsha where thirteen people who sustained various degrees of burns in the explosion which was erroneously speculated to be a bomb with his aides was quick to allay the fears of the residents on the incident and assure them that the state was safe. He regretted that because of the prevailing scarcity of petrol, Nigerians had resorted to storing fuel in jerry cans in residential areas thereby exposing themselves to extreme danger and warned the people to desist from the habit of storing petrol in their homes as the consequences were often dire. He advised Ndi Anambra to demonstrate greater safety consciousness by keeping all inflammable items away from their homes to avoid unpleasant occurrences. The Governor also undertook to offset the medical bills of the casualties. 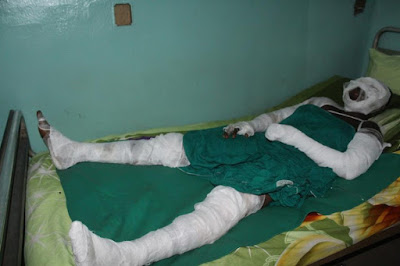 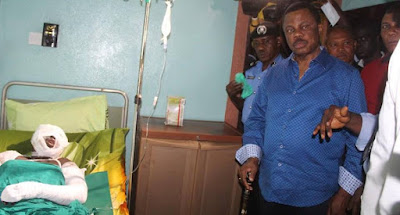 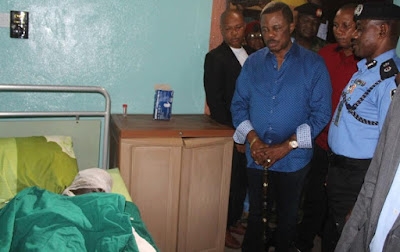 Lady Who Sells 'Weed' In Sapele Celebrates Her Birthday With Friends. Photos