The Economic and Financial Crimes Commission EFCC, on 25th May 2016 secured the conviction of one Mallam Kabiru Jibrin before Justice Joseph Awak of Gombe State High Court after he was found guilty of a three count charge bordering on obtaining one million, five hundred and sixty thousand naira (N1.560.000) by false pretence. 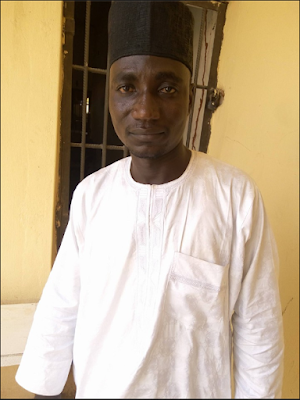 The complainant, Aliyu Audu Awwal, had alleged that the convict defrauded him and one Mallam Hussani Kumo, of the sum of N1.560,000 on the pretext that the said amount will be used to secure Hajj seats for them which he never did but diverted the money for his personal use.

Kumo also alleged that the convict collected his Honda Accord car 2005 model under the guise that he will sell the car and use the proceed to secure additional Hajj seats which he never did.‪