Protesters for and against various interest groups of the People Democratic Party (PDP) stormed the party’s office in Abuja this morning. 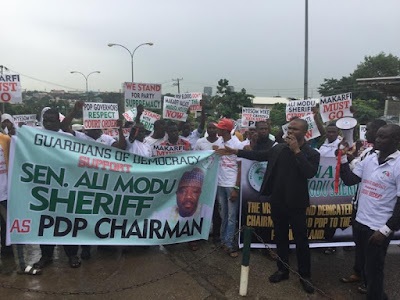 Some are calling on PDP Governors, BOT and other elders of the Party to leave Senator Ali Modu Sheriff alone and cooperate with him to move the Party forward while others are asking him to vacate the office claiming that his tenure has expired and that Party members nationwide has rejected him and his colleagues. 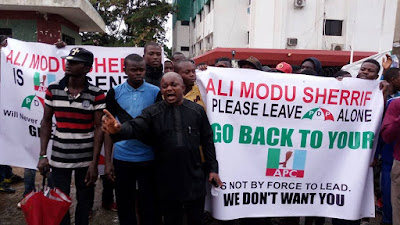 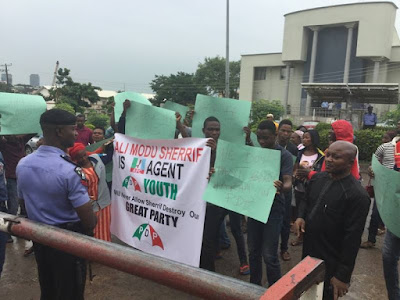 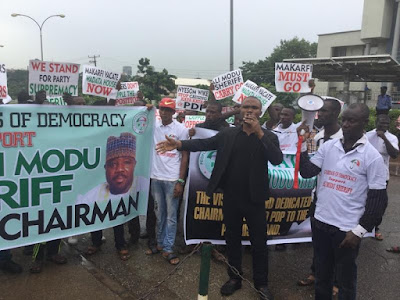 Woman Crosses Her Legs In A Bizarre Way, Sets Internet On Fire. Photo