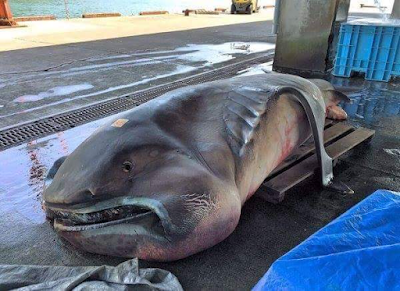 A rare megamouth shark was caught by fishermen in central Japan on Friday. The five-meter shark was later bought by a local fish monger. Megamouth sharks have only been spotted 60 times in the wild since they were first discovered and identified in 1976. Most of them have been seen in waters off Japan and the Philippines. 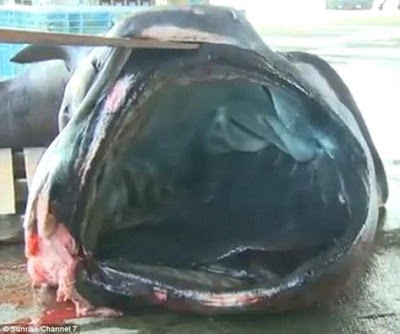 Megamouth sharks can reach a length of 5 meters, and have a life expectancy of up to 100 years. Although its name may strike fear into some, megamouth sharks are not known to be dangerous. In fact, they feed on plankton, opening their huge mouths to feed on the tiny organisms while they are swimming. 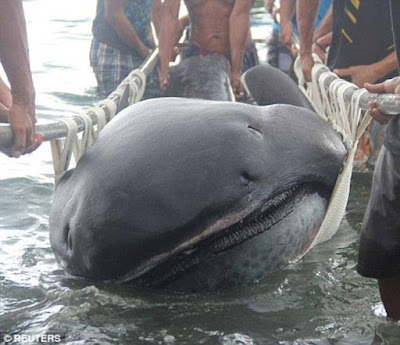 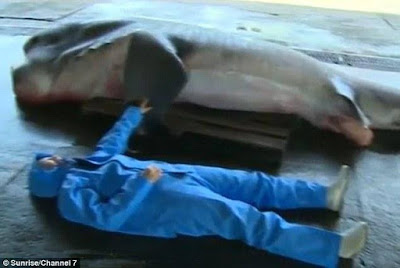 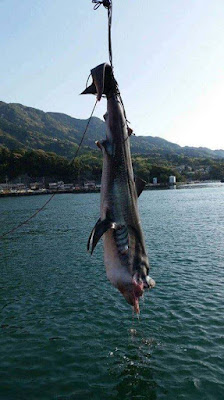 BREAKING; Donald Trump Signs Another Executive Order To Stop Migrants From Entering US…