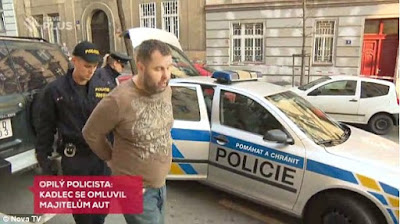 A Czech police officer has crashed into 51 parked cars while driving a jeep drunk as video footage shows him ramming cars repeatedly as he swerves down the tightly packed city street. Police officer Karel Kadlec was detained after the incident on Tuesday in Prague’s Vinohrady district after causing thousands of pounds of damage. While nobody was injured, an alcohol test revealed that he was under the influence. 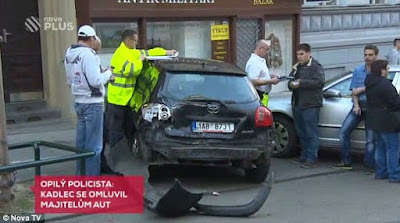 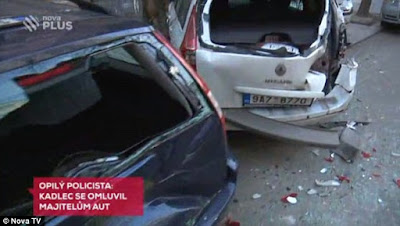 Man Jailed Seven Years Without Fine For Stealing A LAPTOP….

Victim Of The Fulani Herdsmen Attack In Enugu Gets His Legs Amputated. Photo