A total of 1, 934, 765 displaced persons are currently living in formal camps, host communities and satellite camps in liberated communities as a result of insurgency in North Eastern States of Borno, Yobe, Taraba, Gombe, Bauchi and Adamawa states. 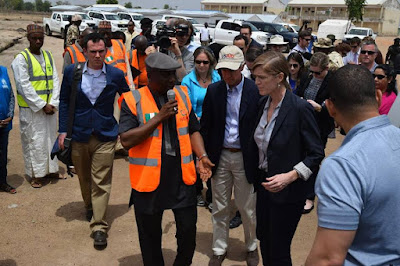 This was disclosed by Yola Camp Coordinator , Saad Bello, who, on behalf of the Director General of NEMA, Muhammad Sani Sidi, took the United States Ambassador to the United Nations, Samantha Power, round the facilities at Malkohi IDP Camp in Yola, Adamawa State on Saturday. 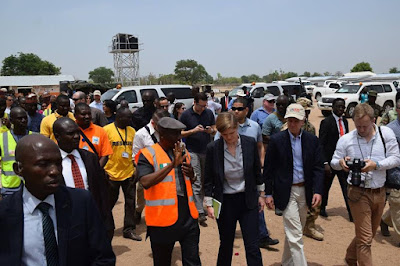 He said there were 32 formal camps in Borno, Yobe and Adamawa States with a total of 189, 783 IDPs. Borno has 19 camps with 150, 858 IDPs; Yobe has 9 camps with 31, 988 IDPs and Adamawa 4 camps with 6, 937 IDPs. The U.S. Ambassador to UN , Samantha Power, who led a high level delegation from US to the Malkohi IDPs camp and host communities told them that they were there to determine what more could be done to defeat Boko Haram so that they can return back to their communities. 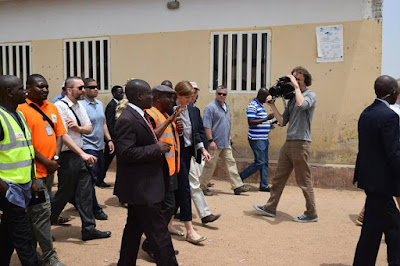 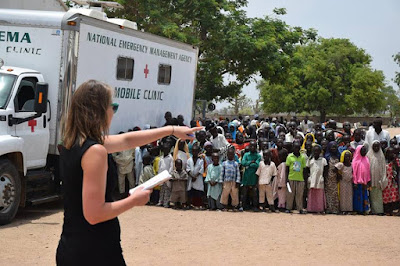 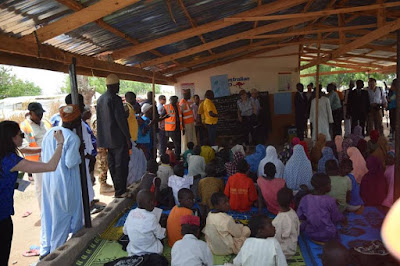 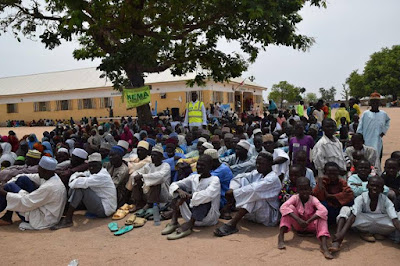 26-Year-Old Woman Appears In Court After Being Accused Of Raping A Man. Photos