A young boy identified as Abdulaziz, nicknamed ‘Turtle’ stormed his neighbor’s house, Hosea Aliyu, a resident of Lake Bai gate in the city of Katsina with the intent to steal. According to sketchy reports, in the course of the operation, Hosea was stabbed to death by the young thief who dumped his body in a pit and fled after taking his victim’s money. Till today, no one knows where the young man is. 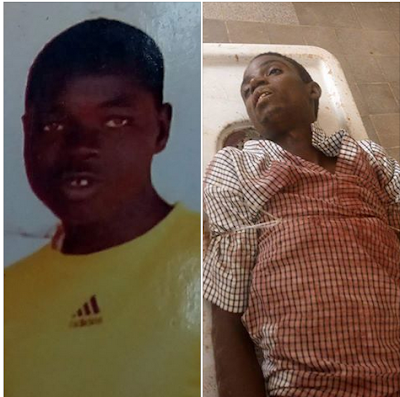 Woman Comes Home To Find A Burglar Frying Chicken In Her Kitchen. Photo

Goalkeeper Who Killed His Girlfriend And Fed Her To His Dogs Signs For New Club. Photos