Usain Bolt travelled to France to meet up with Germany’s squad at Euro 2016 in a bid to cure a hamstring injury ahead of the Olympic Games in Rio de Janeiro. The Jamaican sprint king faces a race against time to compete in Brazil after suffering a grade one tear to his hamstring earlier this month. 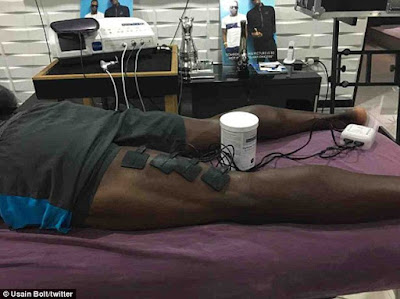 The injury, which forced Bolt to withdraw from the Jamaica National Senior Championships, has thrown the 29-year-old’s preparation for the Games into disarray. Bolt has turned to Germany’s doctor, Hans-Wilhelm Muller-Wohlfahrt, in a bid to cure his problem before the Games commence on August 5. Muller-Wohlfahrt, who was Bayern Munich’s club doctor until 2015, has helped Bolt recover from injuries in the past, including a pelvic problem ahead of the World Championships in Beijing 12 months ago. 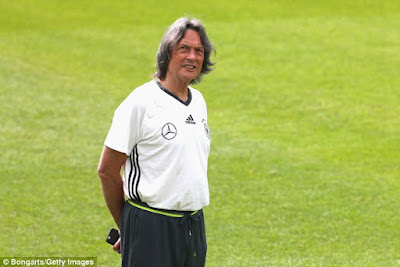 The 73-year-old, who is known for his unusual methods, has treated a number of high-profile athletes including Cristiano Ronaldo, Paula Radcliffe and Steven Gerrard. 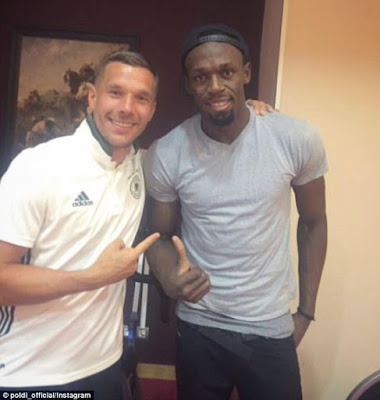 Germany forward Lukas Podolski posted a picture of himself and Bolt to Instagram with the caption: ‘Speed and Power. Perfect combination for Marseille.’

Herbalist Arrested In His Shrine After ‘Defrauding’ Cab Driver Of N4million. Photo